Shaanxi University of Science and Technology (SUST) is a provincial level university, the only multi-disciplinary higher educational institution west of China focusing on light industry needs. SUST is a member of the Foundation Construction Project for the Midwest China universities. This new government project is aimed at strengthening 100 of higher educational institutions mid-west of China, and is offering five-year grants for educational quality improvement.

Established in Beijing in 1958 as Beijing Institute of Light Industry it was under the administration of State Ministry of Light Industry. The University was the first institution covering educational needs of Chinese light industry. In 1970 The University was renamed to Northwest Institute of Light Industry and moved to Xianyang City in Shaanxi Province. It was in 1978 when it was recognized as one of 88 key universities in China by the State Council. Approved in 2002 by the Ministry of Education, the University acquired its present name - Shaanxi University of Science and Technology - and in 2007, it was moved to a new campus in Xi’an, the capital city of Shaanxi Province (state), one of the world’s renowned historical capitals. Located north of Xi’an and 2.6 km from Xianyang International Airport, 3 km from Xi’an Bullet Train Station, SUST enjoys a unique geographical location, covering an area of 137 hectares. 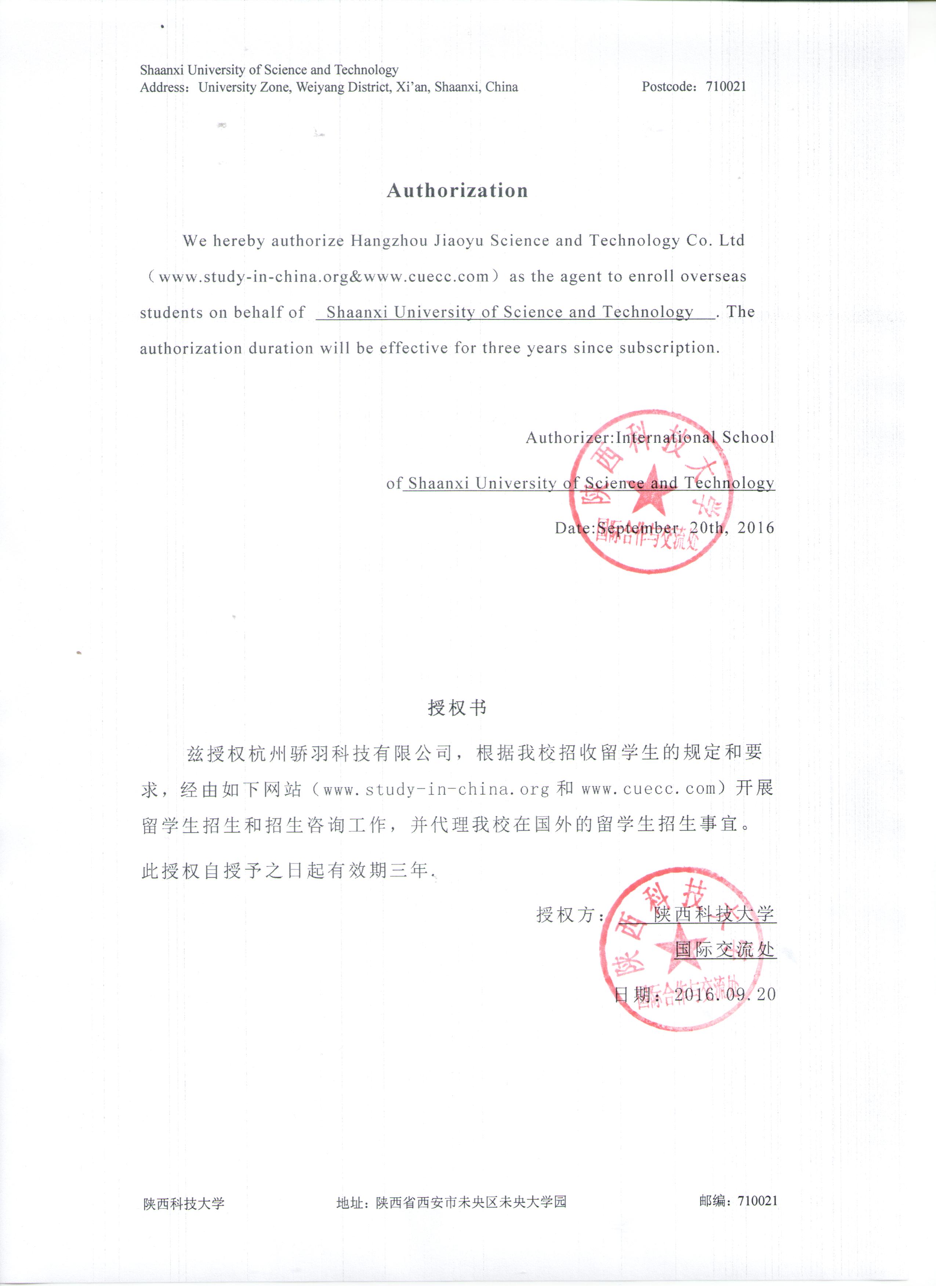