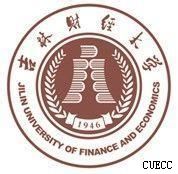 Jilin University of Finance and Economics

Jilin University of Finance and Economics

Jilin University of Finance and Economics is a Jilin Province key university under the joint construction of Jilin Province People’s Government and the State Taxation Administration. Located beside the Moony Crescent with a vast forest and water, the picturesque campus covers an area of 1,080,000 square meters, whose construction is committed to “natural, elegant, extensive and profound” with over 300,000 square meters having been completed.

On September 2, 2009, Jilin Province People’s Government signed an agreement with the State Taxation Administration for the joint construction of Changchun Taxation College. On March 18, 2010, Changchun Taxation College was renamed as Jilin University of Finance and Economics under the approval of the Education Ministry. On May 15, 2010, the inaugural ceremony of Jilin University of Finance and Economics was held.

The university is committed to raising its competitiveness by scientific research. In recent years, the university’s research turns to the topics in revitalizing the old industrial bases in Jilin Province and in constructing Changchun-Jilin-Tumen development and open-up pioneering area, orients to the studies on significant practical issues, and aims at high-quality research findings, which has acquired considerable accomplishments and fine social benefits. Over 6 decades, the faculty members have first published about 10 monographs or textbooks in China, such as Introduction to Statistics, Mathematical Statistics, China Tourism Economics. During the 11th Five-Year Plan (2006~2010), the university had 4 research accomplishments receiving official comments from the state or provincial leaders; published 61 monographs or translations, and around 1000 papers in the core journals, including 561 indexed by SCI, EI, ISTP, CSSCI; won 3 state awards and 32 provincial or ministry’s awards for research achievements, received a research fund of RMB 11,133,400; established 2 provincial key research bases in humanities and social sciences, Jilin Economic Research Center and Marxist Economic Research Center, offering a finer research platform for the faculty members and researchers. The university publishes Contemporary Economic Research, Journal of Chinese On Capital Research Society, Taxation and Economy, which enjoy a high prestige in the Chinese economic circle as state core journals in Chinese language, core journals in Chinese humanities and social sciences, and source journals of Chinese Social Sciences Citation Index. Every year the university conducts nearly a hundred seminars, sponsors or organizes a variety of international or national symposiums, and maintains a close academic exchange with other Chinese post-secondary schools nationwide.

The university enjoys nice facilities. Within the new campus are a modern library with a collection of over 2 million volumes, a spacious lecture building, a fully equipped lab building, a standard gymnasium, and first-rate student dormitories and cafeterias.