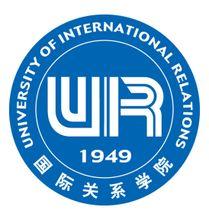 Founded in 1949 and contemporaneous with the People’s Republic of China, University of International Relations earns its title as one of the “key national universities” under the administration of the Ministry of Education with decades of dedication of its staff members to teaching and academic research in international affairs and foreign languages, and wins a high academic reputation both at home and abroad for its distinctive educational pattern. UIR ranks the first-class university in China and enjoys privilege of enrollment ahead of other top universities, having produced numerous outstanding alumni, including government officials and renowned scholars of international issues, to name just a few:

With the support of state-of-the-art facilities and abundant resources which are far beyond the national standard,the universityhas a strong faculty who are fully committed to exploring and enriching its teaching programs which are known for their intensive whole-person cultivationofprofessionalelitesandsmall-sizedclasseswheretheneed of each individual student is addressed by most experienced and attentive teachers. Over the years, it has consistently adhered to its academic tradition of cultivating in students broad international perspectives, firm foundation in foreign languages, in-depth knowledge in their respective fields of specialization, and adaptability to future challenges.