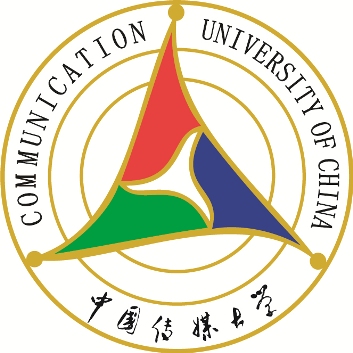 The Communication University of China (CUC) is one of China’s key universities of “Project 211”, directly under the guidance of the State Ministry of Education. The predecessor of the school was a training center for technicians of the Central Broadcasting Bureau that was founded in 1954. In April of 1959, the school was upgraded to the Beijing Broadcasting Institute approved by the State Council. In August of 2004, the BBI was renamed into the Communication University of China. Located in the east part of Beijing and near the OldCanal, the CUC occupies 473,000 square meters with a total construction area of 383,000 square meters.

The motto of the CUC is “integrity, professionalism, erudition and competence”.

The CUC sticks to its own line of thinking in subject establishment to arrange each teaching course into a scientific structure, focusing on individual features and wide connections with other courses. As a result, an inter-relating and inter-influencing discipline system is formed which covers journalism and communication, radio, film & television arts, information science and technology, literature, engineering, management, law, economics and science. So far, there have been 13 schools in the university and 2 national key disciplines, e.g., journalism and radio & television arts, 1 national key developable discipline, 4 municipal key disciplines, 4 post-doctoral research centers, 24 doctoral programs, 48 master programs, 3 professional master categories, and 78 bachelor programs.

The CUC devotes itself to cultivate advanced and practical talents with multi-subject knowledge and creativity. Since its day of founding, the school has made such a great contribution to the national business of radio and television that it has gained the fames --- “a cradle of China’s radio and television talents” and “a well-known university in the field of information communication”. Now, there are 15,307 full-time students in the CUC, including 9264 undergraduates, 3512 candidates for doctor and master degrees, and 16780 students in programs of continuing education.

Among the total 1897 staff members in the CUC, there is a strong faculty team of 1096 professionals, some of whom enjoy great fame both at home and abroad. In recent years, one professor has been appointed to a distinguished position as the Changjiang Program Scholar; 11 have entered provincial or ministerial leveled Talent Engineering Project; 7 have won the national or municipal Famous Teacher prize; 24 have won the honorable title of Beijing Outstanding Teachers, while a batch of young and middle-aged teachers have grown up into academic backbones, which have, therefore, raised the whole academic level of the school. In addition to all these above, the CUC has employed a number of well-known experts and scholars as visiting professors.

As the academic research center in information communication, the CUC pays enough attention to research work on like what to communicate, how to do it with a creative and high-tech way, and how to give better advisory services for the government and enterprises in decision-making. Being part of the research outcome, a number of research centers have been set up, among them are the Humane Studies Base subordinated to the State Ministry of Education, Research Center of Radio &Television, Center of Digital Engineering of Radio & Television, Branch Center of Audio Language under the National Language Research Center, New Media Research Center, and Cultural Industry Research Center. Besides, there are also several other bases in the CUC, such as Drawing Intelligence project base, one to attract innovative talents in digital media engineering, a personnel training base for non-universal languages under the State Ministry of Education, and a national base for animation teaching and research. The CUC has hosted and completed several programs which are of advanced level in China and abroad in the field of digital broadcasting technology --- the standard making and system developing for the national digital medium and short wave broadcasting, the standard making for the national mobile phone TV & mobile multimedia technology. The university publishes a well-known magazine named Modern Media which belongs to the Journal Project of the State Ministry of Education.

The public service systems of the CUC are getting comprehensive and completed day by day. There are now a school multi-media network, integrated digital cable network, library information resource network, and modern distance education network. And there are also others more --- Teaching & ExperimentCenter for Radio, Television and New Media, LearningCenter for Practicing Advertising, some well-equipped multi-media classrooms, studios and laboratories, and a library network system with rich information resources in both electronic and paper forms.

The CUC has established an exchange and communication relationship with more than 200 renowned foreign universities and scientific research organizations of media. In addition, the CUC is one of the teaching units of Media and Women of the UNESCO, and the host of some international academic institutions like AsianMediaResearchCenter, and EuropeanMediaResearchCenter. High-leveled academic meetings hosted by the CUC, such as Asian Media Forum, Forum of FemaleUniversity Presidents of the World, China Dissemination Forum have already become important interaction platforms of the international media world and higher educational institutions.
There is a School of Distance Education & Continuing Education in the CUC, which takes the teaching modes of correspondence, night school, and modern distance education to form a multi-media system with different levels and serve various needs in a full range. By now, 9 branch colleges, 31 correspondence stations, 32 distance learning centers have been set up in 31 locations around the country.

Looking to the future, the CUC will be guided by the philosophy of “people-oriented, all-round development, feature development, and innovation and development". In addition, the CUC will insist on internal development, with the mainline of quality, management and characteristics, and motive force of reform and innovation in order to enhance the quality of education, strength of subject, and level of running the school. The CUC will continue to work hard to realize its target of stepping into the rank of world famous university in media and communication.