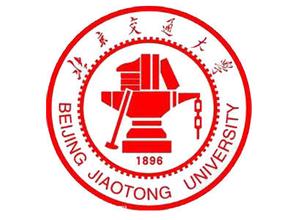 Beijing Jiaotong University (BJTU, formerly known as Northern  Jiaotong University) is a national key university under the direct  administration of the Ministry of Education and now is jointly supported by the  Ministry of Education, the China Railway Corporation (formerly known as the  Ministry of Railways) and Beijing Municipal Government. BJTU is one of the first  universities selected into the “National 211 Project” and the “985 Strength  Discipline Innovation Platform” project, one of the first institutions  authorized to confer master’s and doctoral degrees. BJTU, as the leading organization, has  established the Collaborative Innovation Centre for Rail Transit Safety, which  is one of the first 14 collaborative centers approved by the  Chinese government to enter the “National 2011  Projects”.

BJTU has achieved distinction in offering a range of academic  programs thanks to its development in over one hundred years. The university has  been closely connected with the nation’s railway industry since its  establishment. The faculty and students of BJTU have made great contributions to  the growth of China’s railways, having participated in almost all the major  events in different stages of development of the industry, from the movements  for protecting railway rights and saving the nation in the 1900s to the great  endeavor of building railways after the founding of the People’s Republic of  China, from the six railway-speed-raising campaigns, the completion of the  Qinghai-Tibet Railway and the application of heavy-haul trains on the  Datong-Qinhuangdao Railway to the building of high-speed railways and modern  urban rail transit systems throughout the country in contemporary times. While  improving its unique strengths in such disciplines as traffic and  transportation, communication and information, economics and management, BJTU  has fostered a strong sense of collaboration and innovation. The university has  become an important base to turn out talents, especially outstanding talents in  information technology and urban rail transit, for the economic and social  development of China. It has also remained an influential institution which can  help to solve significant technological and policy-making problems appearing in  the development of the country’s economy, society and modern transportation  systems.

BJTU is located in Beijing, the capital city of China with east and  west campuses in Haidian District. It covers a total area of almost 1,100  mu (1 mu approximately equals 667 square meters), and its building  area is 920 thousand square meters. The university is also planning to establish  a new campus in the name of Modern Railway Transportation Innovation Base in  Pinggu District. BJTU accommodates 14 academic schools, 2 vocational colleges  and 1 independent college. BJTU has 2,952 faculty and staff members including  1,790 full-time teachers. (Among the full-time teaching staff, 1,083 have senior  and associate professional titles) Now the University has 13,690 undergraduate  students, 7,727 graduate students, 2,593 doctoral students, 8,052 professional  degree students and 8,324 adult students. There are 1,387 short-term and  long-term international students in total.

BJTU has established cooperative relations  with more than 200 renowned universities, institutions and high-tech companies  from 37 countries. The joint Confucius Institutes with GROUP T in Belgium, Texas  Southern University in the U.S. and State University of Campinas in  Brazil are becoming the bases to actively  spread Chinese culture. BJTU has signed over 103 strategic cooperation  agreements with enterprises in the field of transportation, logistics,  information, energy and other industries and local governments to carry out  long-term and extensive cooperation in the field of talents cultivation and  scientific researches.

“Think of the source while drinking the water, love the country and  honor the alma mater.” Today, with 118 years of glorious history, Beijing  Jiaotong University carries on her mission, following the motto of “Learn and  Practice” and the spirit of modesty, caution and innovation, remembering the  demand and expectations of the former national leaders, and striding towards the  goal of building a world-renowned university with high-level  distinction.