Located in Haidian University Park of Beijing, Capital University of Physical Education and Sports (CUPES) is next to Zhongguancun Science and Technology Park in the west and next to Jimenyanshu scenic area in the east. It was founded in 1956, as the sole university focusing on sports science under the Beijing Municipal Government as well as one of the sports universities which can take in international students with Chinese Government Scholarship. The university also owns Martial Arts Training and Research Center of Hanban / Confucius Institute .

There are currently more than 5,000 students in CUPES, primarily forming multi-layer, multi-specification and multi-mode pattern in running schools for the degree education of doctor, master and bachelor, and adult education, international students’ education, with opening and advanced concepts in running schools. The university owns top-ranking conditions of teaching, training and scientific research, and gymnastic building facilities. During the period of 2008 Olympic Games, CUPES took the mission of providing training ground for 5 Olympic / Paralympic Games sports of football, gymnastics, water polo, judo and taekwondo.

CUPES is quite active in cooperation and exchange with foreign countries. At present, it has established international cooperation relationships with more than 20 universities and research institutes from America, UK, Korea, Japan, Finland, Australia, Russia, New Zealand, Belgium, Greece, etc. By exchanging students and visiting scholars, the university intends to build up a higher-level cooperation network with foreign universities based on education and research cooperation. Currently, there are over 50 long-term international students in CUPES. Besides, more than one hundred short-term international students from all over the world are received annually. 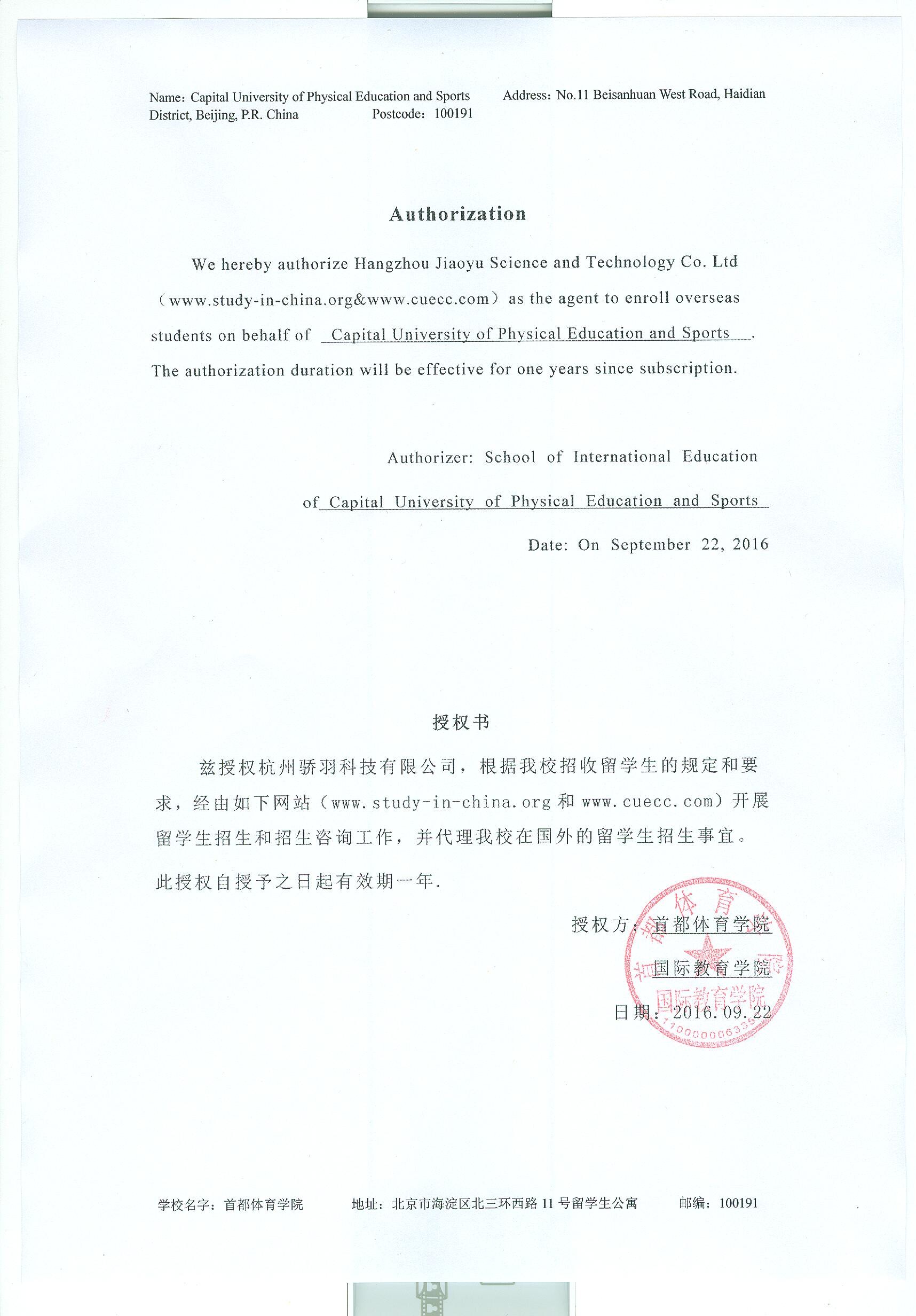